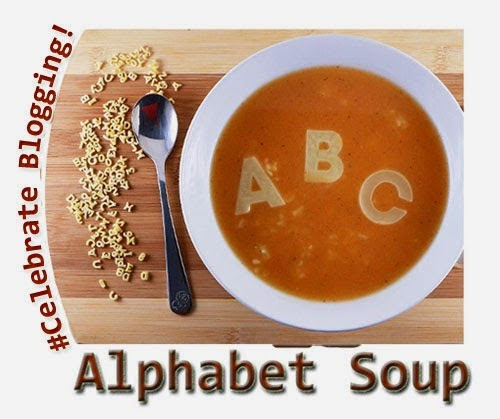 "Which Manu are you talking about? Because this isn't Manu! This is Aryan Ahuja. The antique dealer whom we went to meet in Mumbai!" said a surprised Inspector Ravi.

"Aryan? But Ravi, this is Manu. He himself told me that and I recognize him as I remember seeing him here in the village before", said an equally shocked Sudheeran Varma.

Both of them kept staring at him. "Now that your game is over will you care to explain? What is this all about?” Ravi kept firing his questions on him.

"I will", he replied with an evil grin.

"Yes I am Manu. But as I told Sudheeran a little while ago I left the village as my father didn't allow me to sell the idol. I was fed up of this poor life and I wanted to be rich. I had my own dreams. So I left this village for good and I went to Mumbai. I had dreams but I had no money. I somehow managed to get a job in the house of a famous antique dealer in Mumbai. I worked as a domestic help there. But kind as he was, he would give me a good salary and also taught me about his trade. Since I wanted to sell the real idol, the things that he told me made perfect sense. He began trusting me and one day after stealing money from his house, I ran away from there. I went to another corner of Mumbai. I changed my name to Aryan Ahuja as I didn't want to be caught. I set up an antiques store and bought myself a new house. “

And I think it was destiny that made me the Dutta's neighbour. I never knew how useful he would turn out to be in informing me about the temple festival, but I was friendly with him only because I didn't want to raise any suspicions. And then it was through him that I got more information about this year’s procession and since I pretended to show interest in the various festivals around the country, he gave me all the details and readily shared his travel plans. Even after he reached here, he kept me updated about all the happenings and hence I knew about each activity. Now that the chosen one was also there, I decided it was time to retrieve the idol and so I came here."


"Well, that explains the two names! But what about kidnapping Roohi and was Cyrus involved in this?"quizzed Sudheeran.

"Ah! That is another story. After I reached here, I tried my best to disguise myself so that the villagers wouldn’t recognize me. It wasn’t very difficult. That puny skull of a Manu was very different from what I am today. I had to kidnap Roohi.”

“But when I got to know she had already been kidnapped, I was puzzled. After that, she was kept hidden from me. But with a little more prodding, Shekhar told me where she was. After all, I am his best friend.” Said Manu while a sinister smile appeared on his face.

“Now, I just had to stumble upon the duo. I called Cyrus up casually and we met. He likes his father’s friends a lot. Roohi recognized me at once. But I didn't want all of you to know that I was in the village. So at that moment I decided that Roohi must be kidnapped. But the problem was Cyrus. It was difficult for me to run away with only Roohi. So I invited both of them to my room and Cyrus didn't hesitate to come to my room with Roohi. We got along well and he spoke about his father and his case files.”

Manu went on to explain how he began a conversation with Cyrus, who being an emotional fool fell for it and indulged him further.

“I dream to start my own business.”

“What about your store?” Cyrus asked.

“Let me tell you the truth. I never wanted to be an antiques dealer. My dreams didn't come true.”

“So, aren’t you happy with your work Aryan uncle?” Cyrus asked innocently.

“I am. I am. It is but a means to the end I want. I may not have gone where I intended to go, but I think I have ended up where I needed to be. Enough of my philosophy. Eat those sweets. Roohi beta! Come, eat.”

Not knowing that he had laced it with some sedatives, both of them ate it and fell asleep. He tied them up in the meantime.

He took Roohi with him into the temple passageway that ran underground. He knew the chamber that would be most unlikely to be found. He tied the child to a chair in the chamber and went back to get Cyrus.

"Why have you tied me up? Where is Roohi?”

“I don’t owe you any explanations. Now do as I say.”

He gave a piece of paper to him and asked him to read it out into the phone.
“Read it out convincingly. Else, the child dies” Manu had threatened Cyrus.

Now, all will be searching for Cyrus. By the time they find Cyrus and clear the misunderstanding, Manu who was disguised under the name Aryan Ahuja would be on his way to prosperity.

He threatened Cyrus and forced him to walk to the temple without giving a fight. Once they were in, the rest was easy. He just had to leave Cyrus in an unventilated chamber. He would suffocate and die before they found him. The truth about ‘Aryan Ahuja’ would die with him.

Manu would take the child out through the passage and leave. It was all perfect.

As they were walking towards the chamber, Cyrus said, “Stop doing this Aryan uncle. You are my dad’s friend. Whatever your problems are, we will sort them out. I won’t speak a word about this to anyone else. Spare the girl. Please listen to me. No matter how far you have gone on the wrong road, turn back.”

“Philosophy is my area of expertise. Yours is to blindly trust people. Just walk.”

Sudheeran and Ravi stood aghast, listening to the turn of events. Now the pieces of the puzzle fell into place perfectly.

Read the next chapter on Sajith's Blog.

“Me and my team are participating in ‘Game Of Blogs’ at BlogAdda.com. #CelebrateBlogging with us.”

Also writing this post for Day 9 of the Ultimate Blog Challenge.