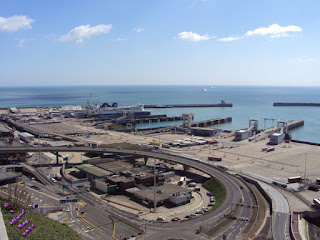 Jim gazed into the horizon lost in thought.It was a beautiful day with clear blue skies, the sun shining bright and the sea breeze blowing gently. Staring into the horizon was his way of forgetting temporarily the life that he had been leading. It was on a day like this when he was a ten year old that his life had changed. His friend Tom and he loved the sea, the sand, and the sunshine just made the day perfect for them. They would play all day building sand castles, collecting shells and staring at the ships that used to come to the nearby port. And on one adventurous day, they’d decided to venture into the port.
They carefully made their way into the port, hiding often so that they weren’t caught. They managed to get into the ship that was about to leave. After some time, Tom said that they should leave but Jim was adamant on staying. Just as the ship was about to leave, Tom managed to run away. But Jim stayed and that is how he had landed in this unknown place. He had almost starved to death after sailing for a long time, when a kind man offered him some food. The people around him spoke a different language and he wasn’t able to tell them about himself. He had worked there ever since, longing to go home! What did his parents think of him? Were they still alive? He wondered as someone called him back to work again.

This post is written for Sunday Photo Fiction for the above picture prompt.