How free are we?

The date is 15th August, 2013. India completes 66 years of it's independence from the British. It is the day when we remember our freedom fighters and their sacrifices towards India's independence. India has indeed come a long way-from being an underdeveloped nation to becoming a developing nation. We have had advances in every field be it in agriculture, industries and science and technology. India is looked upon as the future super power and already is the leading nation among its neighboring countries. And yes, we are proud Indians. We are proud of our motherland.We are happy to be free citizens of a free nation.
But we have own set of challenges as well. Poverty, unemployment, illiteracy, terrorism, corruption and such other evils still plague us. These obstruct India on it's path to become a developed nation. As free citizens isn't our duty to make our motherland a better place?
Freedom means different things to each one of us. But as a nation how free are we? Yes, we are not ruled by foreigners. But does that make us free? Rabindranath Tagore's prayer for freedom read like this:

"Where the mind is without fear and the head is held high
Where knowledge is free
Where the world has not been broken up into fragments
By narrow domestic walls
Where words come out from the depth of truth
Where tireless striving stretches its arms towards perfection
Where the clear stream of reason has not lost its way
Into the dreary desert sand of dead habit
Where the mind is led forward by thee
Into ever-widening thought and action
Into that heaven of freedom, my Father, let my country awake."

Are we safe? Can we venture out without being afraid? Ofcourse not! Rapes, Murders and other such crimes are on the rise. Terror strikes and innocent lives are lost or are made worse forever. How can the mind be without fear?
Though we project a unified image of India, aren't we still fighting for new states- the fragments divided by narrow domestic walls?
How true are those words of the manifestos? Where is the depth of truth in the corruption that we see?
And what do we do?
We simply blame the government. And what does the government do? They blame someone else. And what happens? The blame game continues.
Isn't it our responsibility as well to improve our motherland? Freedom isn't going what we want to, but doing what we want to with a reason- a genuine one. We complain about the inadequacies, we find fault. We speak of freedom for ourselves,  but are our minds free from the biases. Can't we do our bit for our nation? With freedom comes responsibility. And we have great responsibilities towards our nation.
Pandit Jawaharlal Nehru in his speech Tryst with destiny said, "The ambition of the greatest men of our generation has been to wipe every tear from every eye. That may be beyond us, but as long as there are tears and suffering, so long our work will not be over.". Our work towards a free India isn't over yet! We still have a long way to go.
P.S.: Is Independence day just another holiday for us? A day to rest and wake up a little late? Or a day to salute the tricolor as it is hoisted and as it flutters? ?Is freedom a convenience or a responsibility? Happy Independence Day! 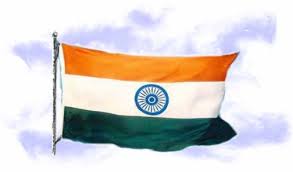